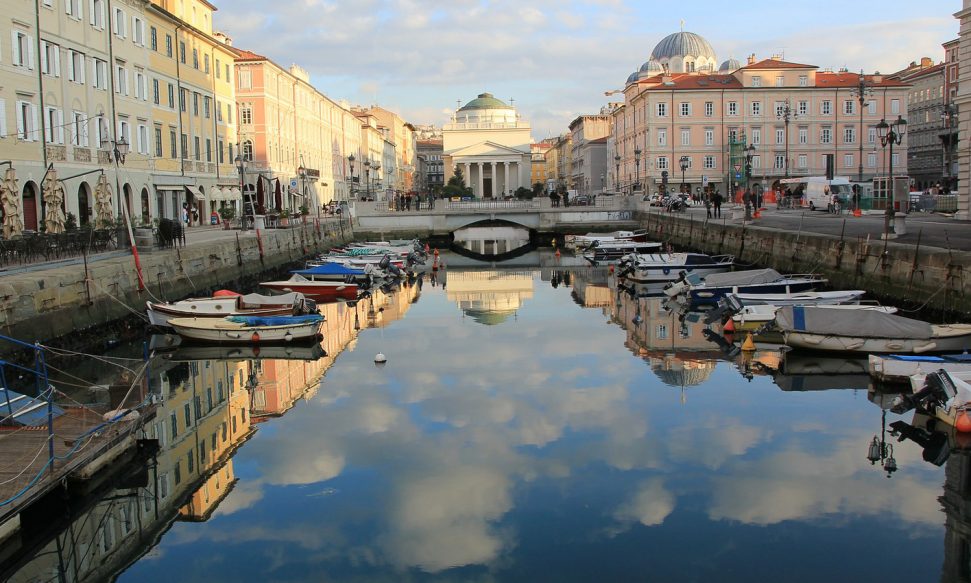 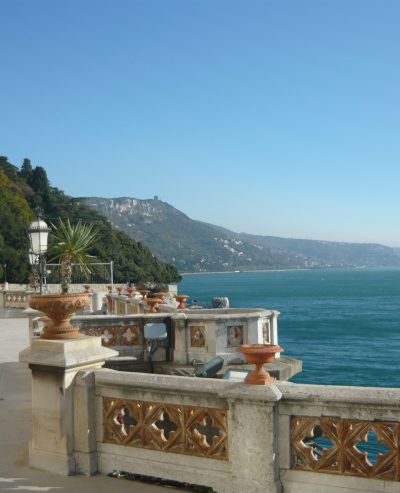 Trieste, with its 240.000 inhabitants, is today an economically active city currently being re-discovered by tourists, students and “new citizens”. The harbor town, after a long sleep, has been living a transformation over the last years; new cobbled pedestrian areas invite guests and inhabitants to let themselves be pampered in the fashion shops and in the newly designed cafes and bars. A touch of globalization is combined with the complex history of the city, creating a new, exciting atmosphere. Trieste is, in fact, Italian and international at the same time. The Friuli Venezia Giulia´ s capital hosts two important astronomical and geophysical observatories and since 1924, the University of Trieste, which counts ca 20.000 students. The city is home for important brands such as Illycaffè, the insurance company Generali with its about 80.000 employees all around the world and the navigation company Lloyd Triestino. Trieste represents, today as well as yesterday, the gateway for Austria and southern Germany and offers a life quality that promoted the city on top of the regions` ranking list. 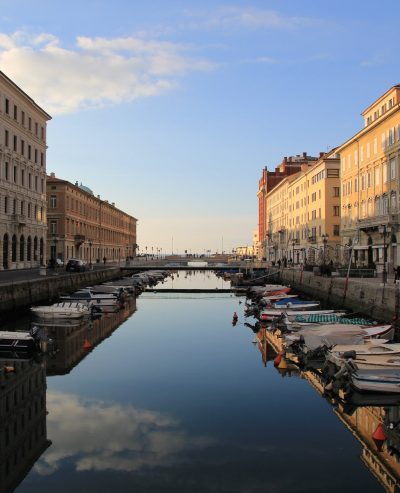 Borgo Teresiano is one of the most old and full of history districts of Trieste’s center. It was wanted by Maria Teresa, first empress of Austria, around the mid 18th century. The new upmarket district, obtained by the undergrounding of the saltern pond, represents the new heart of the city’s commerce and one of the first examples of modern urban planning thanks to its orthogonal streets. Borgo Teresiano gives tribute to the one who founded it, still carrying her name. The new district grew around the Canal Grande, (1754-1756), the seaway perpendicular to the waterfront, meant to receive the goods directly in the city after its expansion. In fact, under the Habsburg Empire, the city of Trieste became an important port and commercial hub not only for Austrians. Thanks to Carlo VI who proclaimed the city “free port” in the 1719, a big number of traders reached the city (especially from Greece and Serbia), leading to the need of an expansion beyond the historical walls in which the city was still being contained. 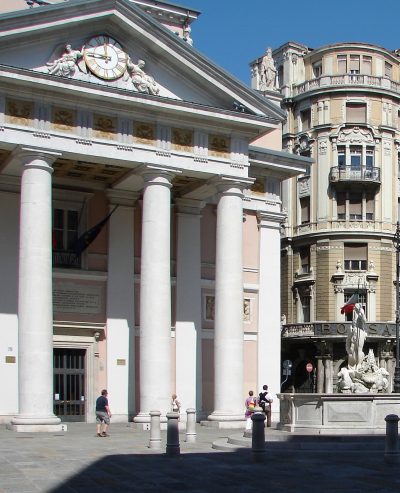 Maria Teresa decreed the freedom of worship and allowed the various religious communities to build their own churches. Thanks to her tolerant policy, many churches were built, which still represent some of the most significant buildings of Trieste’s architecture. An example are Greek Orthodox church of Saint Nicolò and the Serbian Orthodox church of Saint Spyridon. The second one, designed by the Milanese architect Carlo Maciachini with a byzantine taste, is characterized by a dome higher than the four bell towers. The biggest catholic church of Trieste is Sant’Antonio Nuovo. The church, located on the homonyms square on the Canal Grande, was built in neoclassical style on the project of the ticinese architect Pietro Nobile. For almost hundred years, the only bridge on the Canal Grande was Ponte Rosso (1756), that “lands” on the homonym square. The square Ponte Rosso is one of the first in the “new city”, it hosts the “fountain of the Giovannin” (Giuseppe Mazzoleni, 1753) and it is still home of an open-air market of fruits, vegetables and flowers. In the urban planning of Borgo Teresiano modern guidelines have been used. The building owners, mostly merchants, chose famous architects and artists such as Matteo Pertsch, Pietro Nobile and Cesare dell’Acqua for the planning of their future commercial and residential building.The result is a cosmopolitan architecture with strong Italian traits but influenced as well by the Viennese architecture of the 19th century. Since 2009, Borgo Teresiano is part of project of intervention meant to reshape the city and moderate the traffic in the city center. Most of the streets will be repaved and will become shopping and gastronomy oriented pedestrian areas. 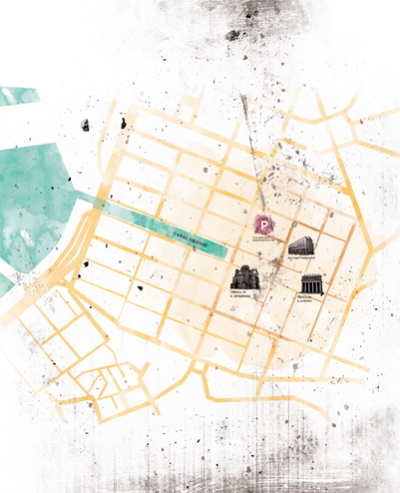 The elegant district of Borgo Teresiano starts from the attractive waterfront of Trieste, with the touristic yacht mooring and commercial harbor, to via Carducci, and from Via Ghega a Corso Italia. Together with Borgo Giuseppino, it constitutes one of the most famous and representative districts of the city. In the “Borgo” and its pedestrian areas, are located several luxury shops and picturesque squares, in addition to a variety of restaurants, trattorias and cafes. “Palazzo Teresiano” is located in via della Zonta 4, which leads directly to Piazza Sant’Antonio Nuovo. Thanks to the very central position facing both the district and the city, the “old city” is reachable in few minutes as well as the waterfront. The heart of Borgo Teresiano, Canal Grande, is just behind the corner and cafes and restaurant with their open-air tables allow the guest to breath and live the unique atmosphere of the district. Within a walkable distance or even right in the same building are located all the daily need shops. 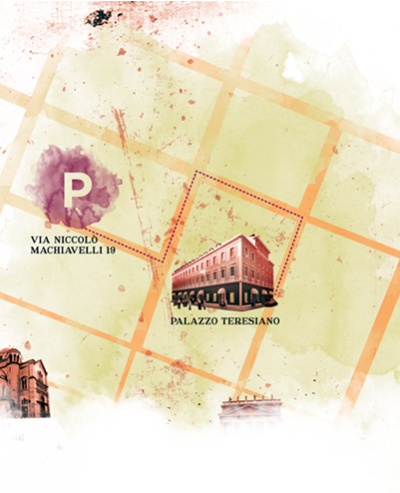 Parking? In the historical center? Both in Palazzo Teresiano as well as in Palazzo Machiavelli there are several parking spots available. Each parking spot will have the possibility to be equipped with outlet for electric cars.